Merry Christmas! The Airpano team wishes all the best, health and well-being the size of the highest mountain like Everest in this photo! 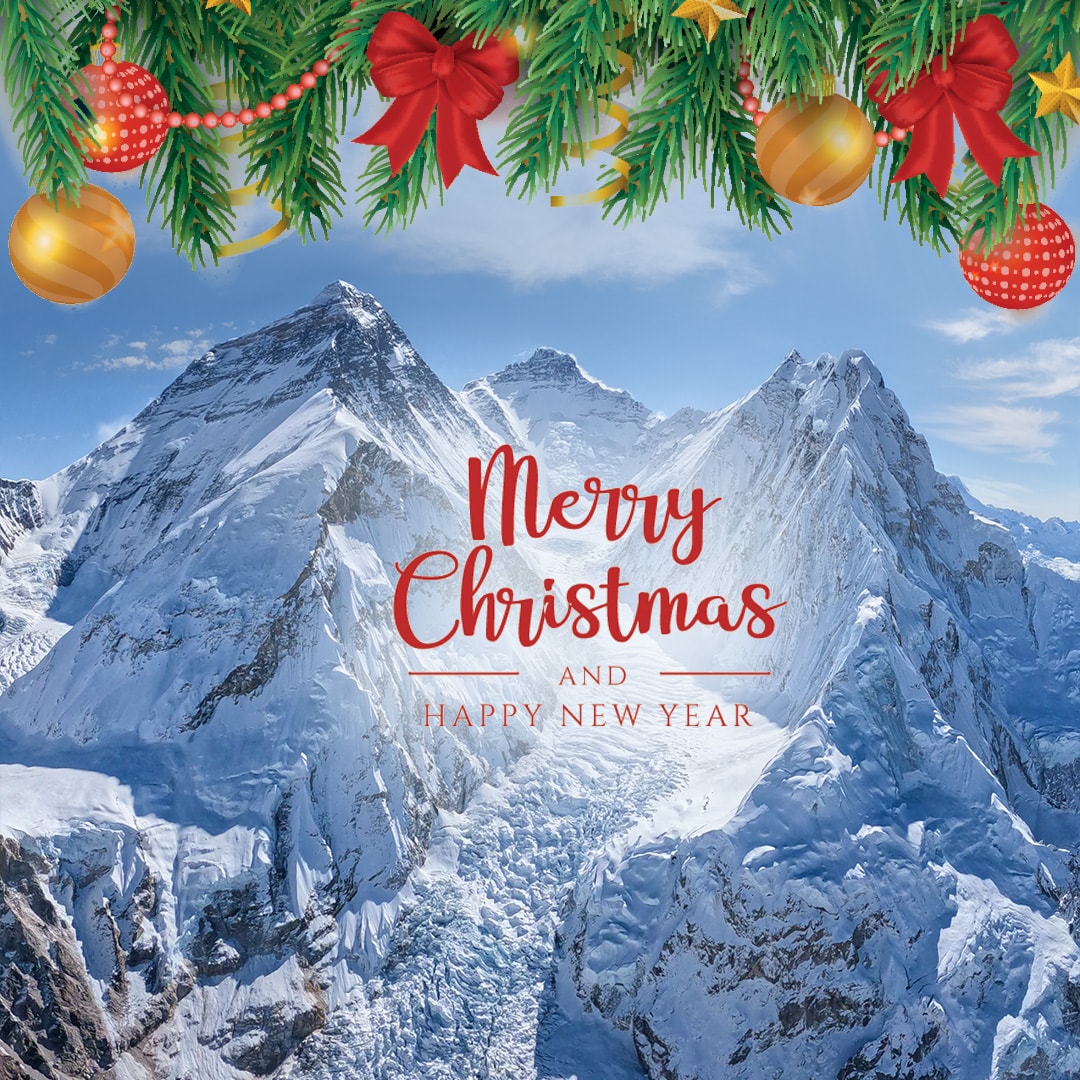 This weekend, the results of the panoramic photography competition The EPSON International Pano Awards 2022 were announced.

It was a hard year but we are again very proud our photographers. The founder of the AirPano project, Oleg Gaponyuk, won the gold medal (for a underwater panorama "Night diving with 100 nurse sharks. Maldives") and has become the «VR Photographer of the Year» for the sixth time. Another our author, Ivan Roslyakov got the third place (for Tengkoma summit, 6125m, with 3rd Worlds Highest Mountain - Himalayas, Nepal). Congratulations to all participants and winners! 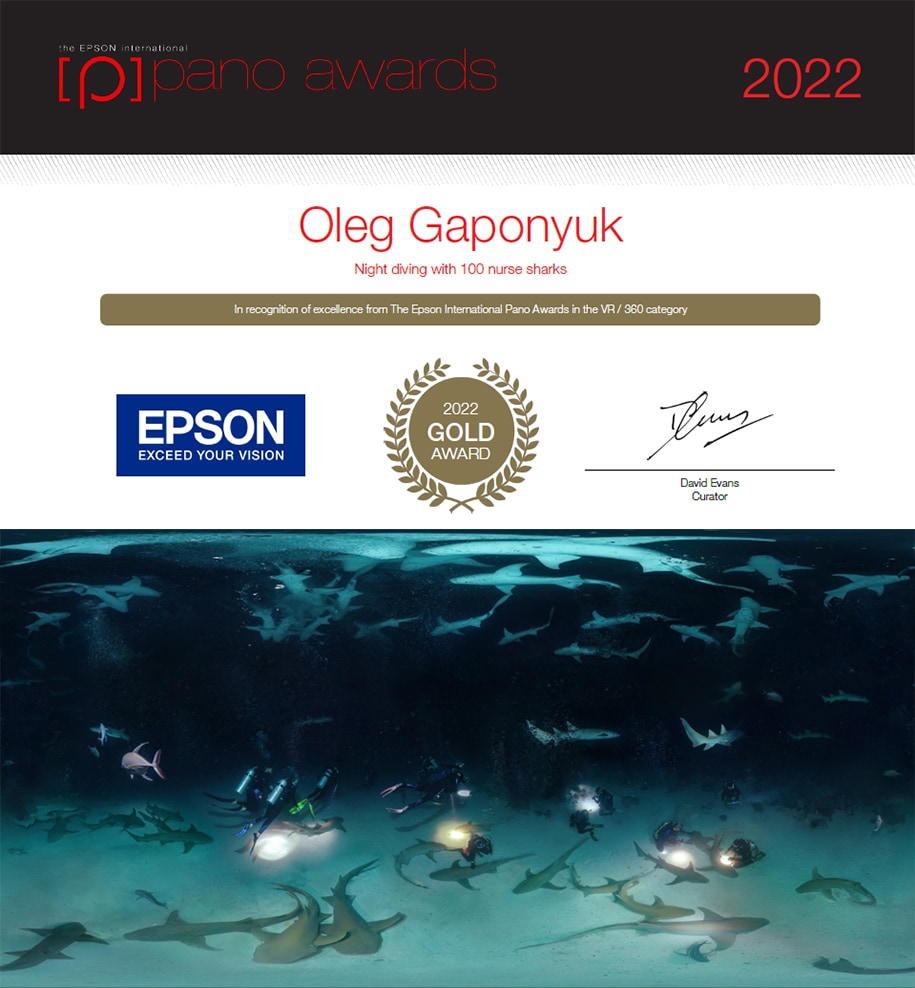 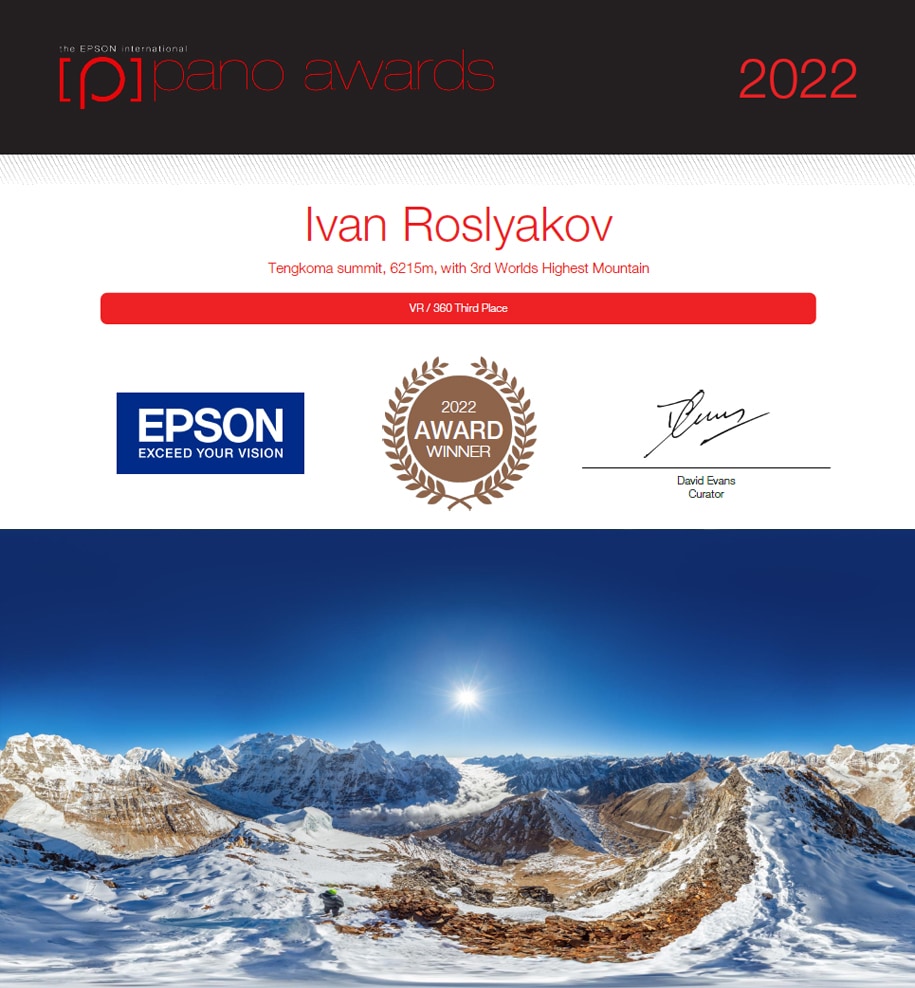 This weekend, the results of the panoramic photography competition The EPSON International Pano Awards 2021 were announced.

This year is significant for us. After all, we have been participating in this prestigious competition for 10 years already! Progress is not static, the possibilities of panoramic and VR photography are expanding more and more every year, we are very proud that this year the founder of the AirPano project, Oleg Gaponyuk, won the gold medal (for a split panorama from Jellyfish Lake in Palau) and has become the «VR Photographer of the Year» for the fifth time. One of our authors, Alexey Matveyev got the second place (for Mutnovsky volcano at sunset, Kamchatka), and the works by Ivan Roslyakov (sunrise at the Himalayas) and by Stas Sedov (Cape Town in mist) entered top 20. Congratulations to all participants and winners! 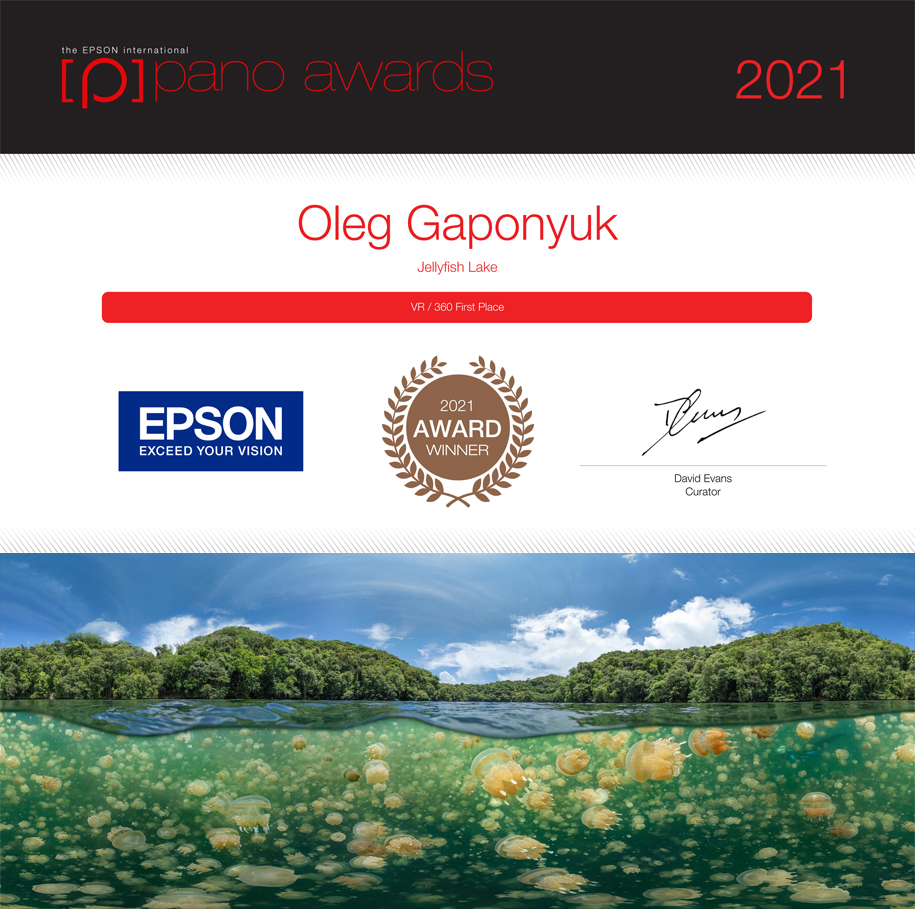 2021 has been declared as the "Year of Science and Technology" in Russia. This weekend the VDNH (a huge exhibition center and amusement park in Moscow) hosted the "Technosreda" festival dedicated to science and technology in our country. This is not the first time when we collaborate with Georgy Molodtsov, one of the most active VR and 360 promoters in Russia. Georgy Molodtsov prepared a very intense 360 film program, from Russia and abroad. On our behalf, we demonstrated the Kizhi movie (Laureate of the Shanghai Film Festival) that has been created in cooperation with the Kizhi Museum Reserve. 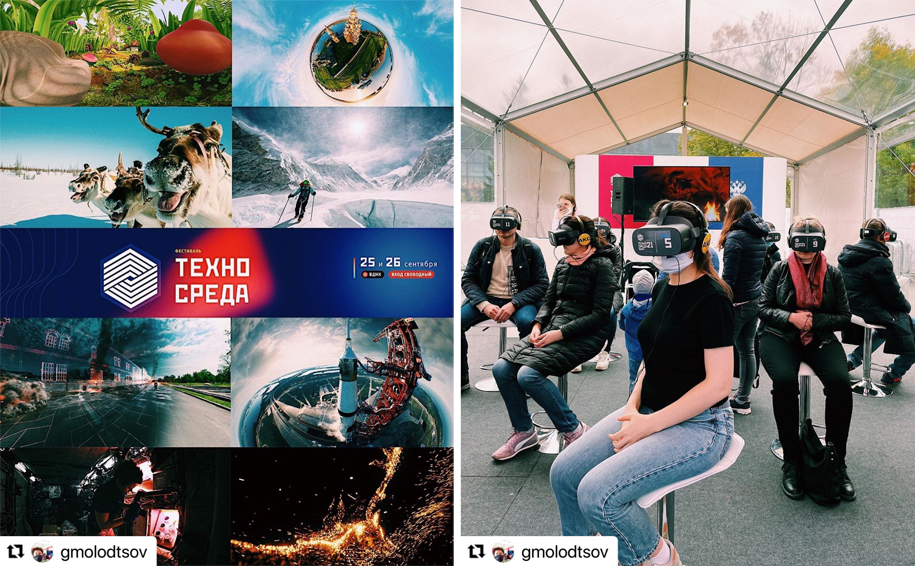 Days of Spiritual Culture of Russia in Hungary 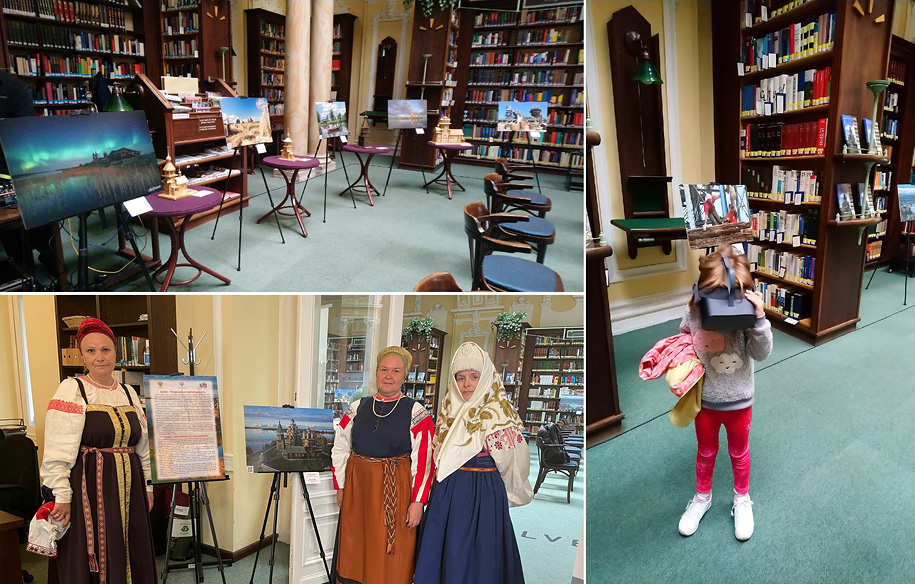 On June 17, the results of the 24th Shanghai International Film Festival 2021 were announced. We are proud to inform that our film "Kizhi. The wooden wonder of Russia" became the winner in the VR category. The Shanghai Film Festival is the largest in China. Although we couldn't go to China, our representative Jasmine Li received a winner certificate on our behalf.

Especially for the festival, we voiced the film in Chinese, but here you can see the English version. 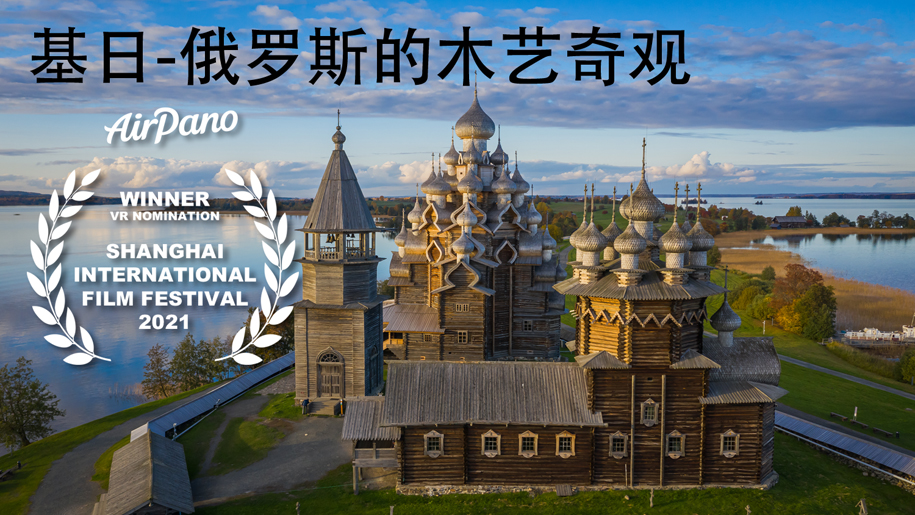 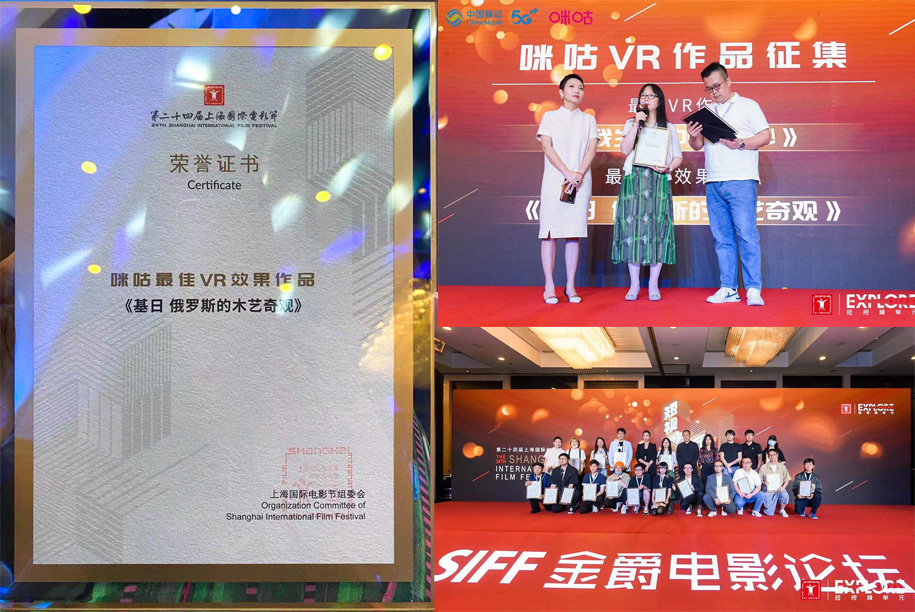 The results of the 2nd international competition for underwater photography "Neptune Stars-2020", which was dedicated to the 20th anniversary of "Neptune" magazine, were summed up. Oleg Gaponyuk took the 1st place in 'Photo with diver' category and 3rd place in 'Wide angle' category. 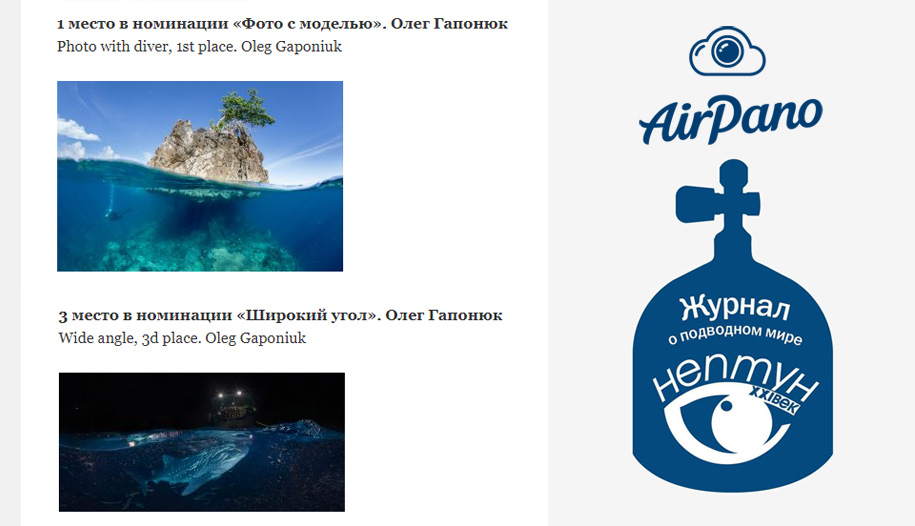 9 years in a row AirPano has won in the main categories of The EPSON International Pano Awards. This year our photographers make the Top 20 list in the 360° category of the best panoramas of the year and Oleg Gaponyuk has become the VR photographer of the year and won the first place for his underwater split-panorama from Palau archipelago.

It is worth noting that Oleg had to spent more than two months in Palau due to the world lockdown. But this made it possible to take a close look for the underwater world of the amazing archipelago. 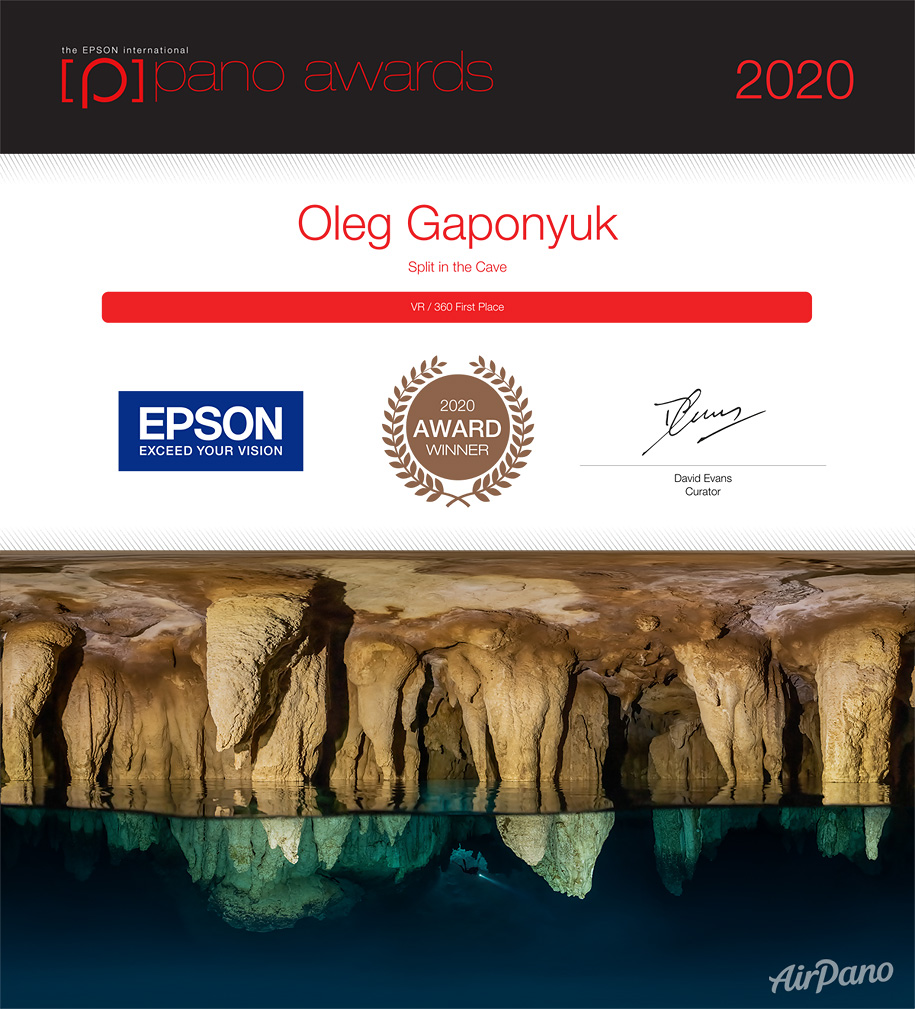 The third AirPano German-language book, Europabilder, has finally been published! This is a unique catalogue of the bird's eye views of the most remarkable landscapes and sights of Europe presented in excellent quality. The book contains 200 pages with 100 illustrations, backstage stories and interesting facts. This fabulous deluxe edition is available on Geo and Amazon websites.
The previous AirPano German-language books are Weltbilder and Neue Weltbilder. 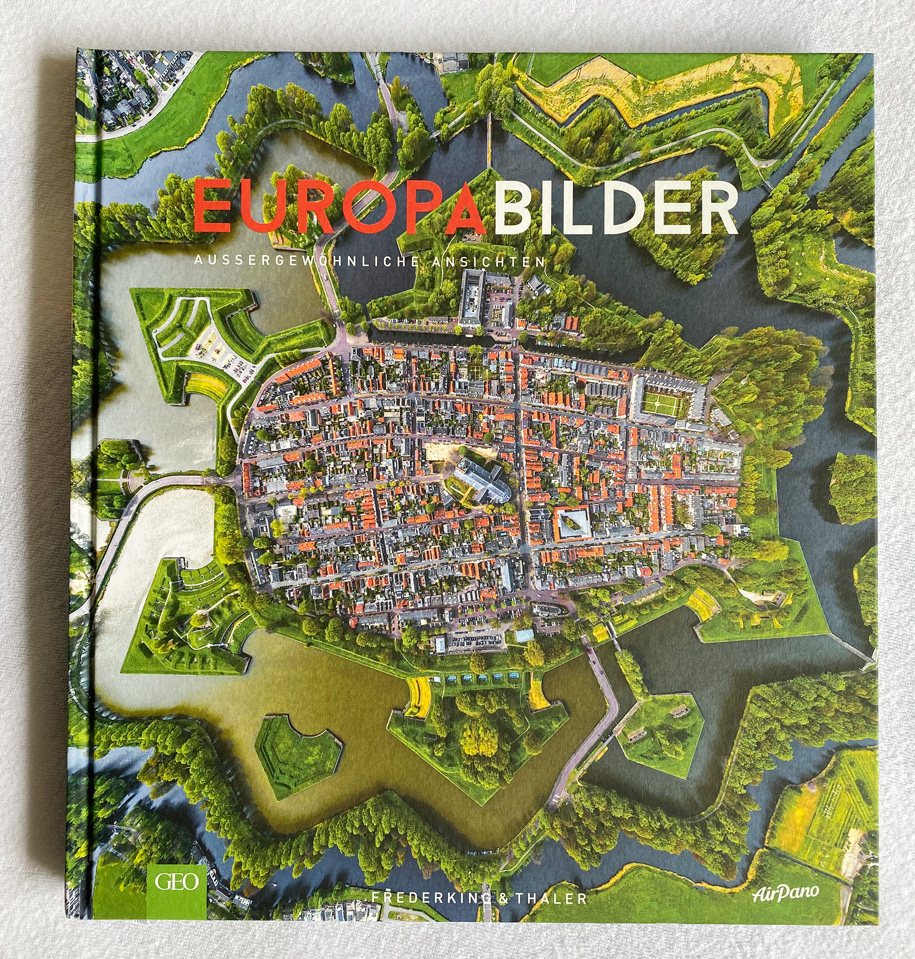 "Japan: a country where everything is different" photo contest.

Sergey Semenov took a third place in the "Japan: a country where everything is different" photo contest. he contest was organized by the Moscow office of the Japanese National Tourism Organization and took place on the official website of the National Geographic Russia.

"A spontaneous trip to the area of Khibara turned out to be an unexpected success. While the maple leaves were turning red in Tokyo, the first snow fell there. After a long night trip, nature gave us a great gift — a delightful frosty sunrise and a soaring lake," — this is how photographer Sergey Semenov describes his shot. 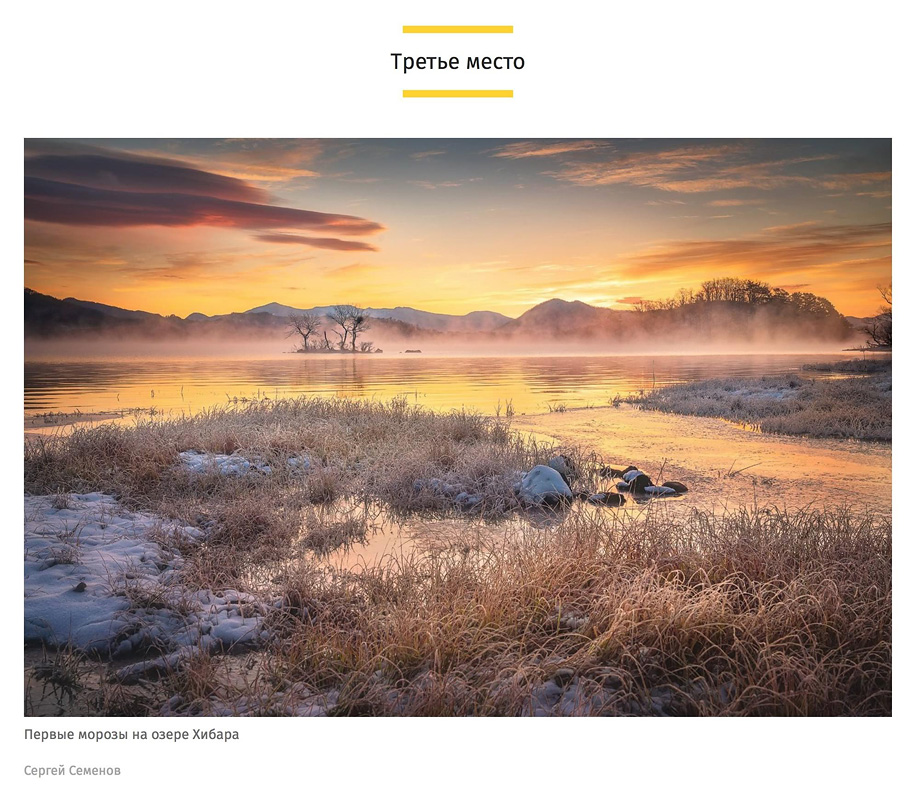 Here is a good example of using 360° panoramas made by AirPano: the “Supernatural” VR game for Oculus Quest. This is a fitness application, where you do sports in the most beautiful places on the planet and with unusual interactivity. A trailer and more information can be viewed on the Oculus website. 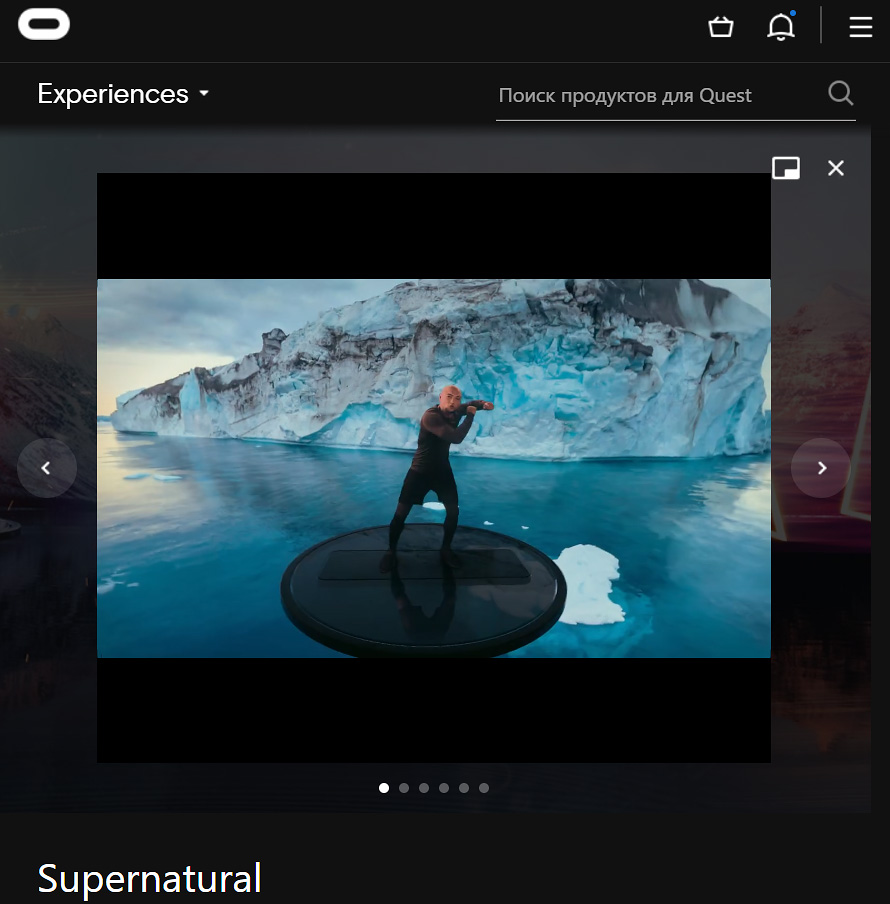 Underwater Photographer of the Year

Judge's comment: "One of my favourites from the entire competition. The idea of a panoramic frame to present this image is very forward thinking. The even spread of light from all four corners, top to bottom is superb. The lighting in particular, very subtle indeed. Last but not least, the outline of a diver and torch way behind in the blue water background. All of these elements together create huge depth perspective throughout. I find this particular image nothing short of magnificent!" — Martin Edge

The International Landscape Photographer of the Year 2019

The winners of the The International Landscape Photographer of the Year 2019 contest were  announced yesterday. Sergey Semenov’s photo “Northern Lights on Barents Sea” has become one of the 100 best landscapes of 2019! 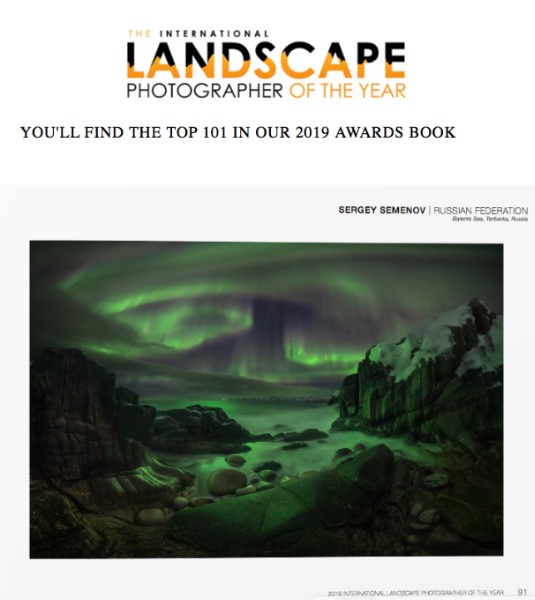 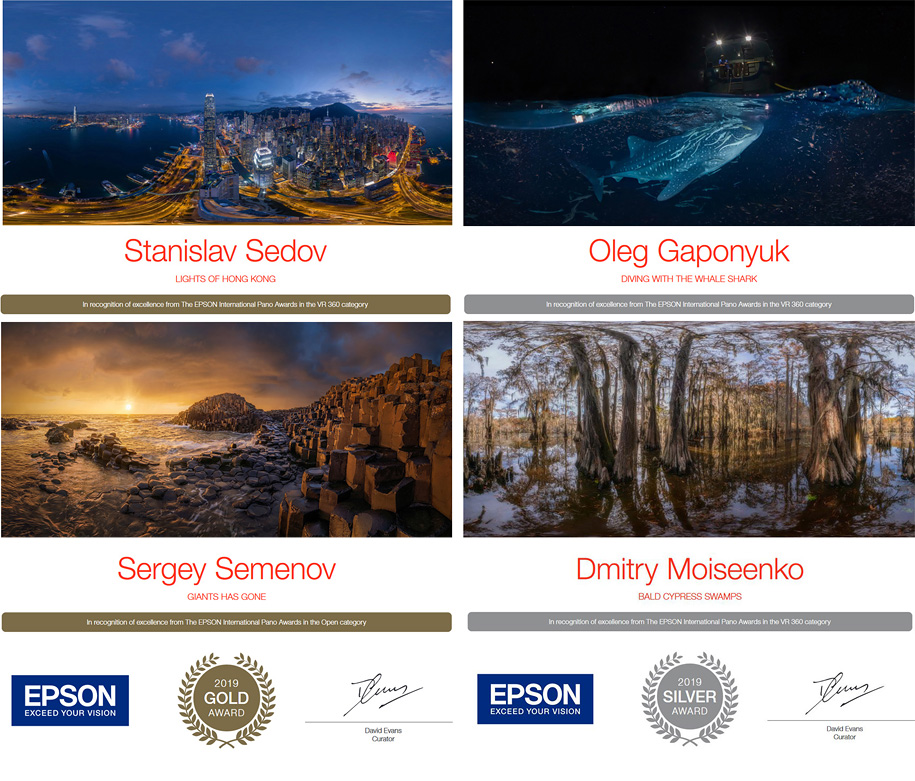 Our 360 video from Norway was represented at this festival in the dome cinema! Watching the northern lights in such a format is an incredible pleasure. The audience enjoyed it a lot!