Five second.
Is it much or not for a photographer? This May we have been able to find an answer to this question.  We could fly over Red Square on the board of one of the helicopters which took part in the Victory Parade rehearsal.  It takes a helicopter 5 seconds to get St. Basil's Cathedral from the State Historical Museum at a speed of 250 km/h.  It's necessary to have time to lean out of the window and overcoming the strong air flow to combine the shots which include closed flying helicopters and main points of Red Square.
This shot was made by Sergey Semenov during the first Victory Parade rehearsal.  A little bit later we'll tell you about the second shooting which was several days later. 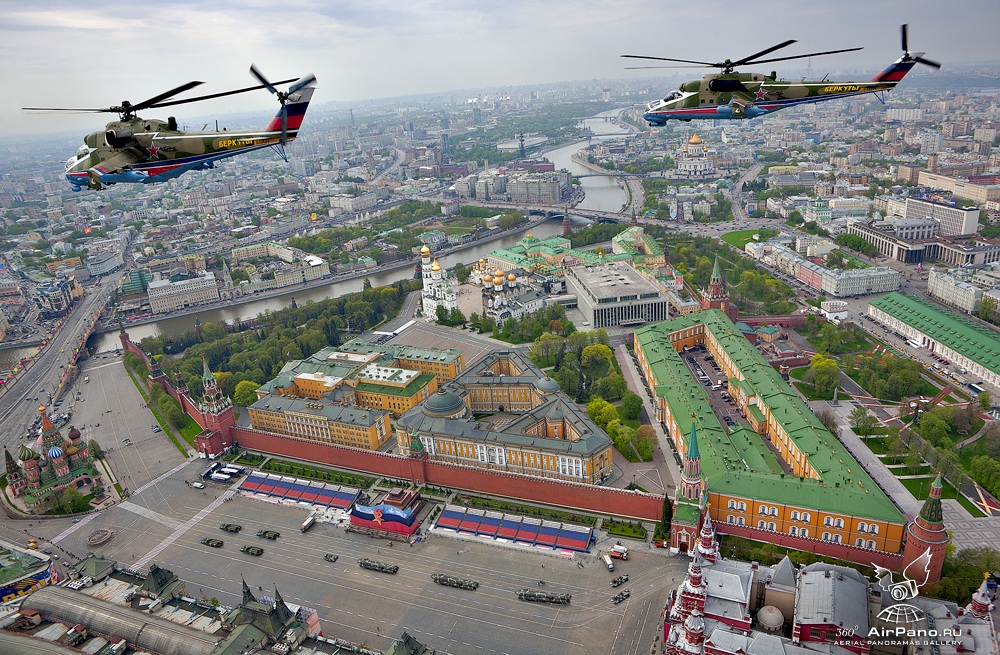