Zermatt is one of the most beautiful and interesting ski resorts in Switzerland. No wonder that it's not the first time for the AirPano team to come here for creating panoramas.

The settlement with the population of fewer than 6,000 people is surrounded by the majority of four-thousanders of the Pennine Alps such as Dufourspitze (4,634 m), the highest peak of Switzerland in the Monte Rosa massif, and the Matterhorn (4,478 m). On the slopes of the latter mountain, at the elevation of 1,608 m, there is the settlement of Zermatt. 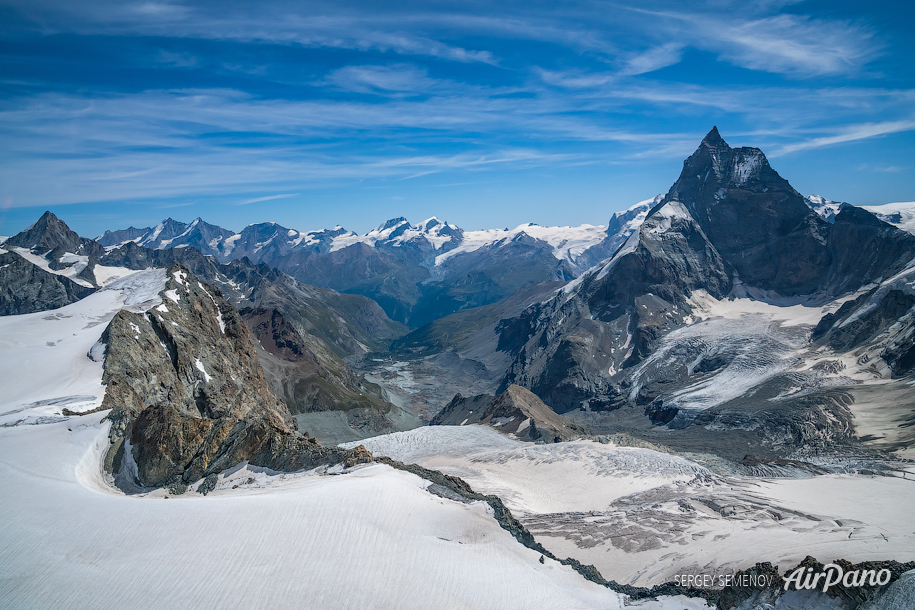 The landscapes are the main attraction of this area. The name of Zermatt derives from "matten" (in German) meaning "the alpine meadows". And the authorities very carefully preserve the natural heritage: the entire territory of Zermatt is closed for combustion-engine vehicles and all the transport in Zermatt is represented by electric cars and bicycles. 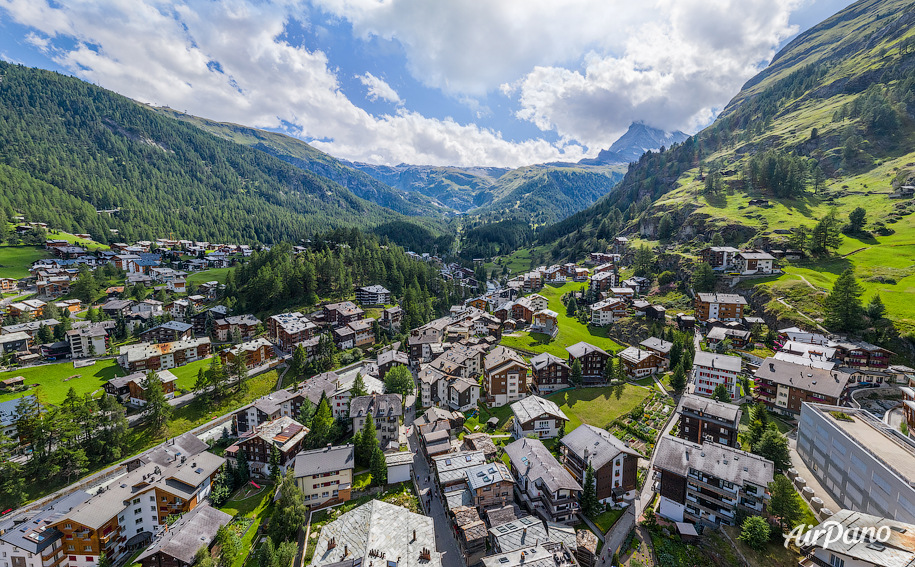 Besides, the village has preserved its historical centre. There are picturesque temples in Zermatt, such as the Church of St. Mauritius. The first historical record of this church dates from 1285. In the 1980ies, it was renovated but it has saved its main ancient outlines.

Today's luxurious hotels that appeared due to the growing popularity of the resort stand in interesting contrast to the architecture of the previous centuries.

The legendary peak of the Matterhorn, as well as Zermatt, got the name after beautiful meadow landscapes. The mountain has a unique pyramidal shape with four faces nearly facing the four compass points. The southern slope descends to the Italian side, the other three slopes are on the Swiss side. 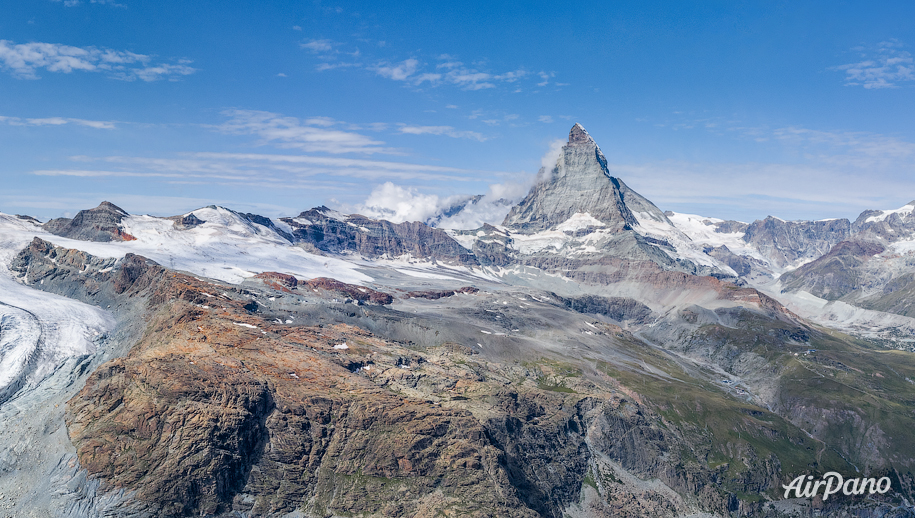 Even though the Matterhorn is only the 5th highest Alpine summit, it is one of the most difficult mountains for ascending among its neighbours. The main hazard is the unpredictable weather when low clouds surround the summit forming thick lasting fog. Rockfalls, storms and snow are the challenges to the people willing to summit this mountain. 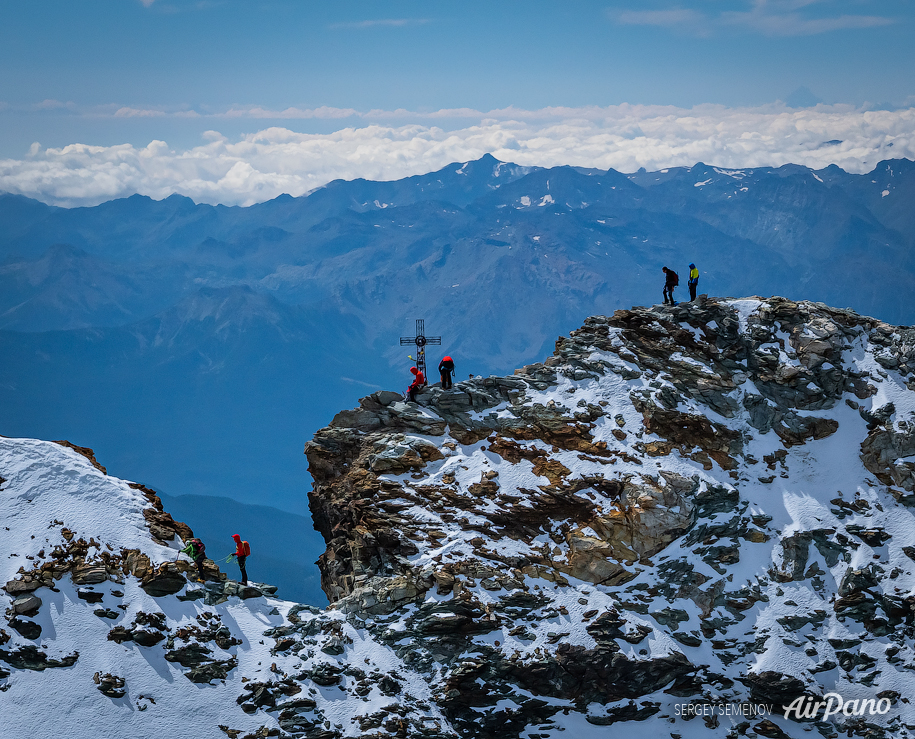 Another great landmark of Zermatt is the Gornergrat railway, the second-highest railway in Europe after the Jungfrau and the first rack railway in the world to be electrified. The line opened in 1898, and it still connects the village with the summit of the Gornergrat.

The Gornergrat railway station at the altitude of 3,089 m offers fantastic views of the Alpine mountain ridge. Just at the summit, there is also the Gornergrat Kulm Hotel. This unusual hotel appeared in 1907, and 90 years later, two observatories were built on each of the two towers of the hotel. The clean air and the mountainous area create the perfect conditions for exploring the stars.

On the way to this wonderful mountain, at the altitude of 2,757 m, there is the lake of Riffelsee. On a clear day, one can see the reflection of the snow-covered pyramid of Matterhorn on its surface.

The Gornergrat Railway has become more up-to-date and eco-friendly. It is equipped with a special braking system that generates electricity at the descend, thereby allowing to save energy.

Have an incredible journey with AirPano! 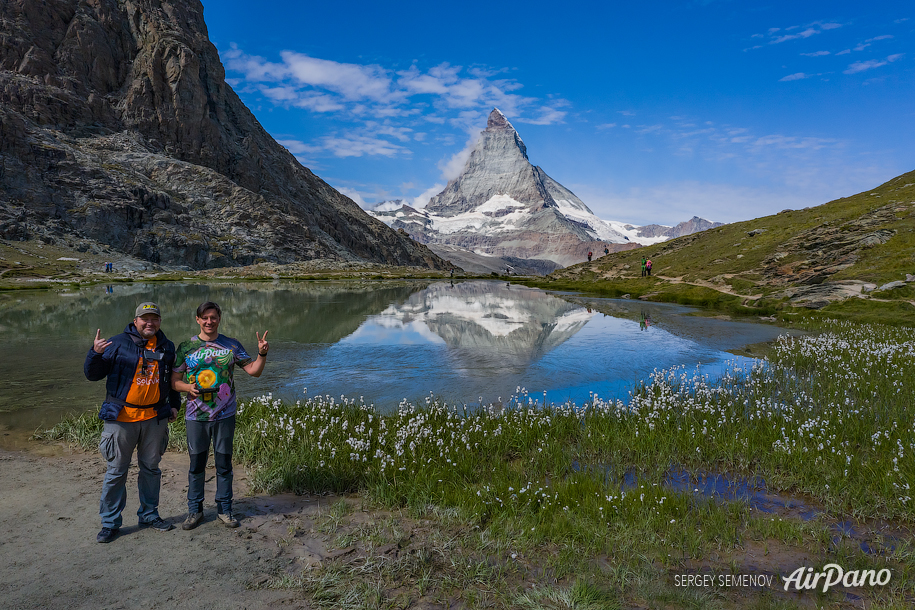 AirPano team would like to express our gratitude to Frédéric Sidler for perfect organization of the photo shoot, and warm welcome.