One of the most famous cities in the world — Chicago — got its name from the word «shikaakwa» which is Indian for «Wild Lily». Indeed, the city resembles a beautiful flower, though its present look has been forming for more than the last century.

Chicago has its own soul and individuality. In this city one can admire three different periods of the world's architecture simultaneously. Actually, that is very unusual for such a young country like the USA. We can ‘thank' for that the famous 1871 fire, which almost wiped Chicago off the face of the Earth. 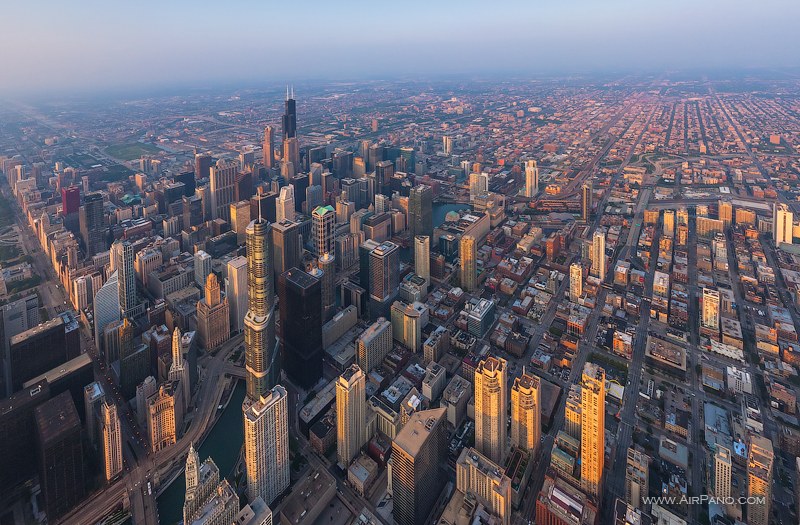 Now it is impossible to determine the cause of the fire. There were various versions of what had happened: from a cow that overthrew an oil-lamp to a comet. Whether or no, the fire was raging as many as three October days. Having devastated the southwest, the fire ‘overstepped' the southern branch of the Chicago River and continued destroying the entire 38-year history of the city.

But after that Chicago was built practically from scratch, making it possible to turn into reality the boldest architectural experiments of that time. By the way, the first skyscrapers in the USA appeared in that very city: the land price was very high, so the city had no other choice but to grow up. 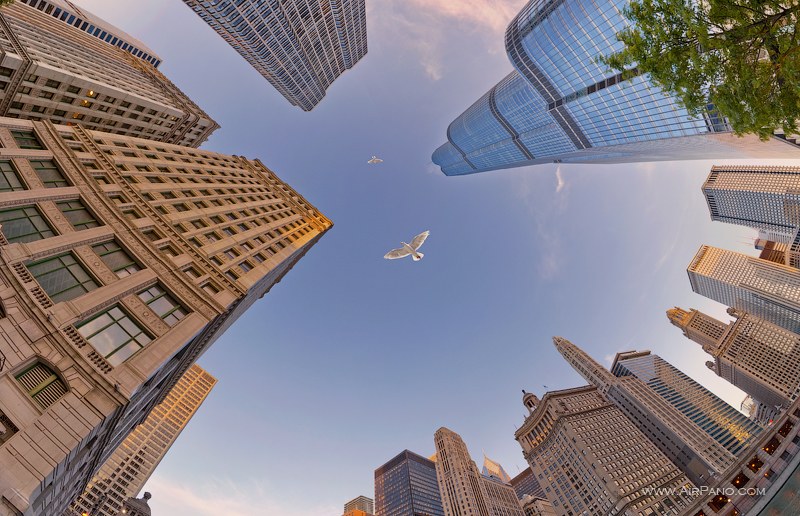 Nowadays, 3 of the 60 tallest buildings in the World are in Chicago; the 442-meter Willis (Sears) Tower is among them, it is the second highest building in the USA. Chicago also takes the second place by the number of skyscrapers in the USA: 114 buildings with height of more than 180 meters. New York City takes the first place with 216 skyscrapers.

Along with this, you shouldn't think that Chicago is just a city of strict skyscrapers with the tiny people-bugs. The main part of it consists of 2-3 storey buildings including those of a completely classic style with their propylaea, porticos and arcades. There are beaches and parks in Chicago including famous Grant Park and Millennium Park. The city sculptures are also represented in all the genres of art: from classics to high-tech.

And besides achievements in urban planning, Chicago has another thing to be proud of. Walt Disney, Michel Obama, Hillary Clinton, Ekaterina Yushenko, Ernest Hemmingway, Anastasia and many others are in the number of its famous natives. The classic American author Theodor Dreiser called Chicago ‘Florence of the Western States' and ‘Literary capital of America'; now Chicago is considered to be a theatre capital of the country.

While walking along the quay (or having a bird's eye view of the city), it can seem that Chicago is situated on the seashore. Water spreads out in every direction as far as the eye can reach. However, it is not a sea, but Michigan — one of the Great American Lakes; its name is Indian for ‘Big Lake'. It is 500 km long and 190 km wide, its total area is 57 750 km² making Michigan one of the 5 biggest lakes in the World. 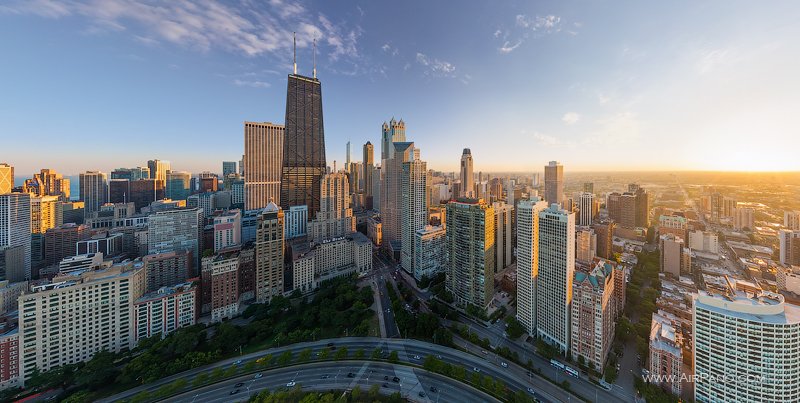 And there is one more interesting thing about Chicago. There is the only river in the world that flows in the reverse direction. It is the Chicago River. In 1990 its flow was completely reversed because of a very common domestic question. In the end of the 18th century, at the time of the urban growth, the city suffered a great problem because sewage was dumped into Lake Michigan, so it resulted in the lack of pure water. The problem was solved through complete reverse of river flow along with the construction of sewage treatment plants towards the Illinois River. 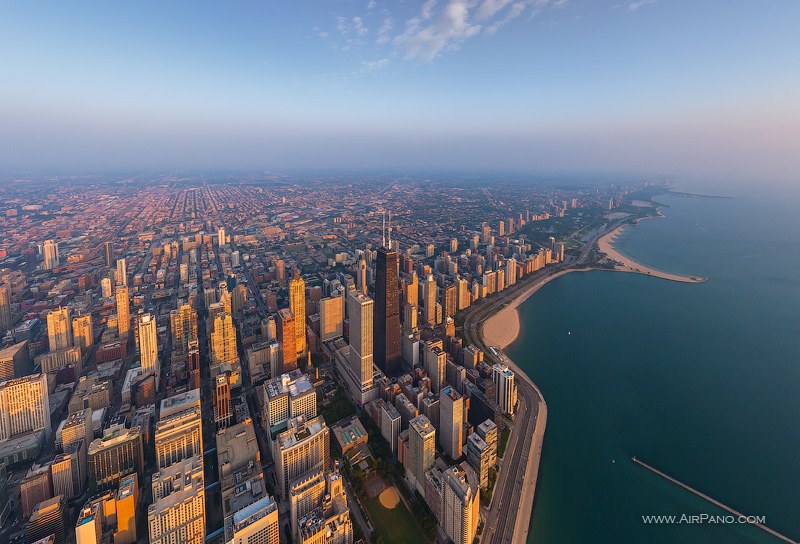 It would be endless to talk about Chicago but there are no words to describe the charm and splendour of it. The city that subdued nature and didn't contradict it; the city that said a new word (and not only one!) in architecture; the city of records and famous people — it is worth seeing, not simply talking about it.