Kazan is one of the oldest cities of Russia: in 2005 the city celebrated one thousand years since its foundation. Kazan is officially known as "the third capital of Russia": its population is over one million people, and the same number of tourists visit it every year to see Kazan landmarks.

On May 31, 2013 Kazan was announced in Brussels as the winner host city for the 2013 Summer Universiade.

The 27th World Summer Universiade 2013 in Kazan will be the first Universiade and — what's more — the first multi-sport event in the history of modern Russia. Universiade in Kazan will be held from July 6 to July 17, 2013. In the last five years the city has undergone a real construction boom: 30 sports facilities were built, including the football stadium Kazan-Arena, the Palace of Water Sports, the Palace of Martial Arts Ak Bars, and other wonderful arenas. 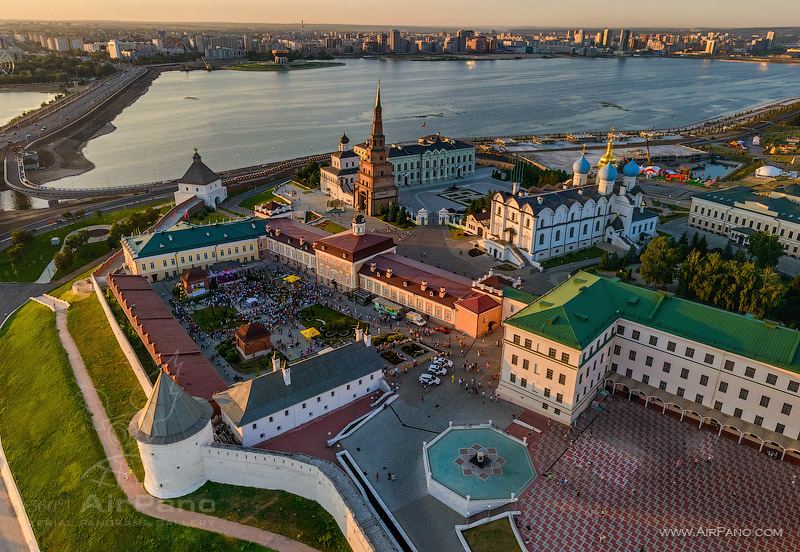 Today, just like many centuries before, Kazan plays a vital role in the life of the Russian Federation.

The city was founded in the beginning of the 10th century as a fortified stronghold of the Volga Bulgar people, but no one knows exactly where the city's name originates from. The most popular legend about the city name origin is the word "kazan", which is the Tatar for "kettle". They say that a sorcerer advised Bulgarians to live "where without any fire a kettle dug into the ground would boil." He who seeks shall find: there was a time when a kettle did boil, and then a new settlement was founded here.

This is not the only version about the kettle: they say that a servant of the last Bulgarian Khan, while fleeing the persecution by Mongols, dropped a golden "kazan" into some river. After this incident both the river and the city on its bank were named Kazan. A kettle, besides its direct purpose, was considered by ancient nomadic tribes as a symbol of power, so it makes perfect sense that a city was founded here.

There are other legends about the origin of the city name: one of them is connected with the natural world ("kaen" is the Tartar for "birch" and "kaz" is "goose"), and the other one has something to do with a certain Prince Hassan, the landscape ("kazanlak" is translated as "kettle"), and so on. There are more than a dozen other versions out there. But is it really important?

Kazan is one of the most famous cities of Russia. Its history is linked with the Golden Horde, Khanate, Ivan the Terrible and the revolutions of the early 20th century. The main Kazan landmark is the Kazan Kremlin, an outstanding architectural and sacred monument, listed as World Heritage by UNESCO. 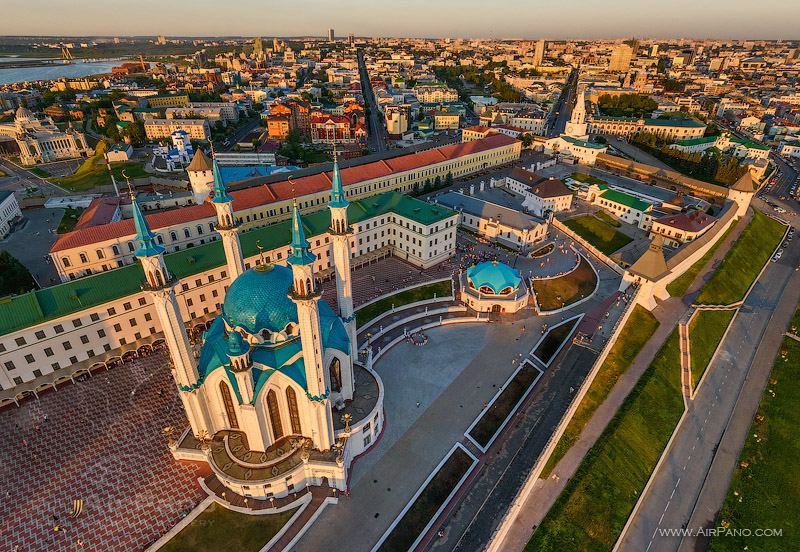 The day the Bulgars built their fortress is the day Kazan was founded. Of course, those ancient walls are long gone by now: in past thousand years the fortress was destroyed and rebuilt many times.

The Kazan Kremlin is located the high terrace of the left bank of Volga river and the left bank of Kazanka river. Its territory has a shape of an irregular polygon which resembles Kremlin hill contours. This famous landmark which can be found on every Kazan photo has a total area of 150 000 square meters and a circle of 1800 meters.

This is how a foreign ambassador described his visit to Kazan during one of the greatest periods of the city's history: "The city has many churches with so many large bells that you can't sleep on the eve of the holiday. All houses are built from wood, but there is a big fortified fortress with stone walls. A large number of warriors hold positions there at night like in Spain, Italy and Flanders."

Not all Kremlin buildings have survived to this day. Thus, Eastern Tower and Dmitrievskaya Tower were dismantled after the Pugachev assault, and only carcass remains of Polyhedral Tower built by Pskov architects. However, the Kazan Kremlin is a solid and well-restored monument which combines Russian and Tatar traditions. 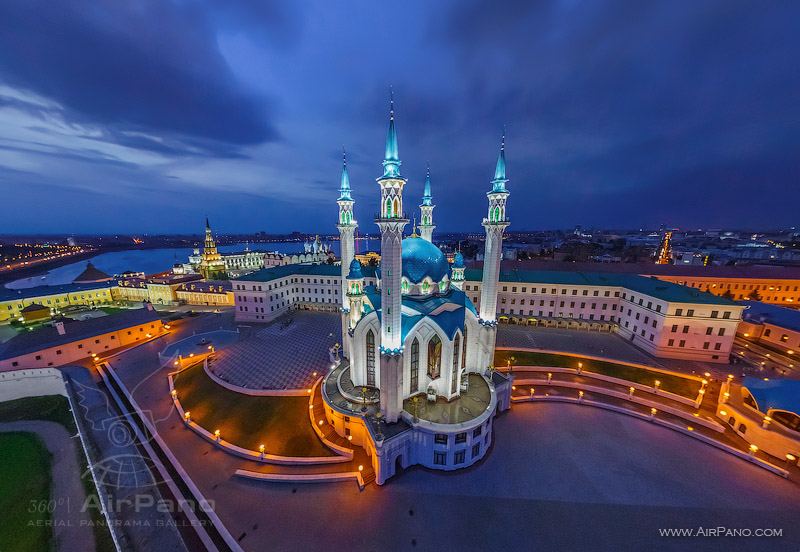 Within its walls are the Annunciation Cathedral, the Transfiguration Monastery, other orthodox buildings, and the Qol-Şärif mosque, a main mosque of Tatarstan. It was destroyed in the 16th century when Kazan was invaded by the troops of Ivan the Terrible, and restored only on the 1000th anniversary of the city. You can also visit the Islam Museum and other interesting museums. The Kazan Kremlin also features the Governor's House designed by the architect Konstantin Thon, creator of the Temple of Christ the Savior and the Grand Kremlin Palace in Moscow. Now it serves as the Palace of the President of Tatarstan.

Among other Kazan landmarks there are restored Gostiniy Dvor, Chernoyarovsky Passage, town hall, numerous temples and mosques. There are also new, but already legendary monuments, such as Kazan State Circus which was built in 1965-1967. The circus building looks like giant UFO that landed on the ground, and it makes you wonder if the team that build the circus, "Tatgrazhdanproekt", was actually inspired by the first manned flight into space.

And then there is the Palace Square, a new and elegant architectural complex with alleys and buildings in neoclassical style. Gorgeous city park and Millenium bridge, built on the anniversary of the ancient city, will impress you with its magnitude, as well as light and music fountains installed on the Kamala Theatre square. There is also the Lovers Arch and the Temple of All Religions, and many other interesting places. 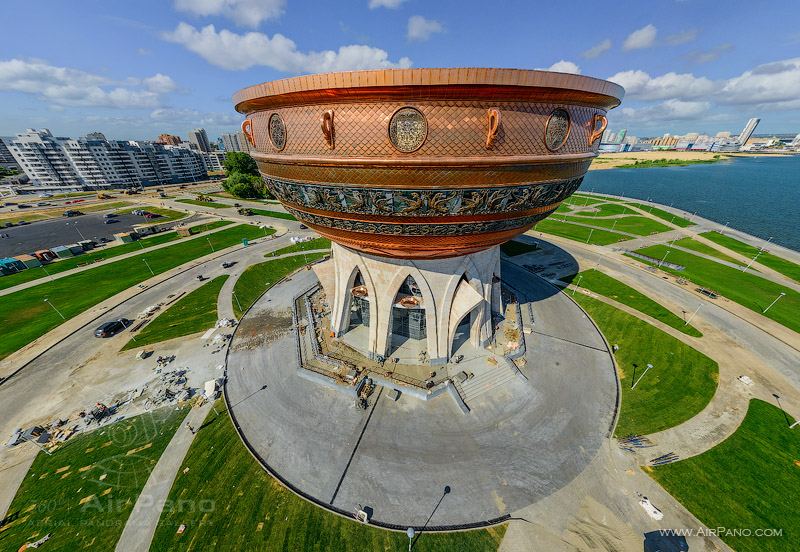 In fact, Kazan with its centuries-old history and old monuments is a modern town that has never stopped developing. We offer you to enjoy this versatile and at the same time unified architectural ensemble from a bird's eye view.

We are very grateful to RIA Novosti news agency for help in creation of this virtual tour and the Kazan Organising Committee Media Chief Dilyara Khasanova for her great help in getting tons of permissions. 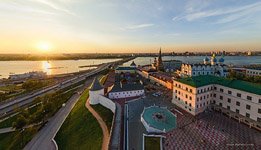 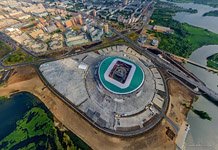 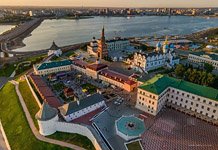 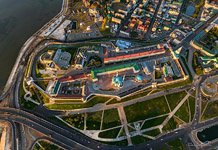 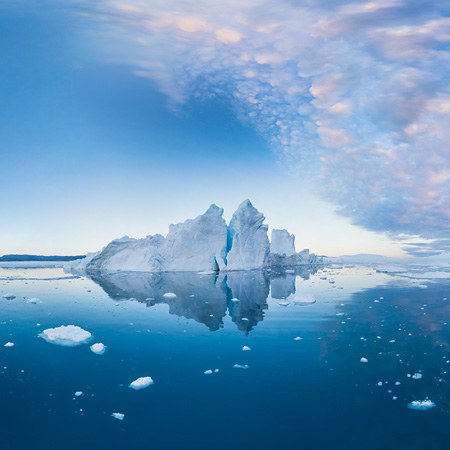 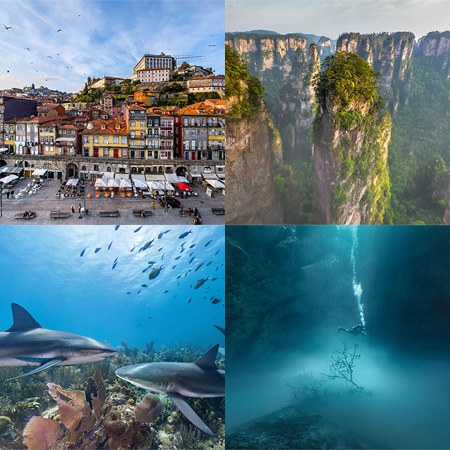 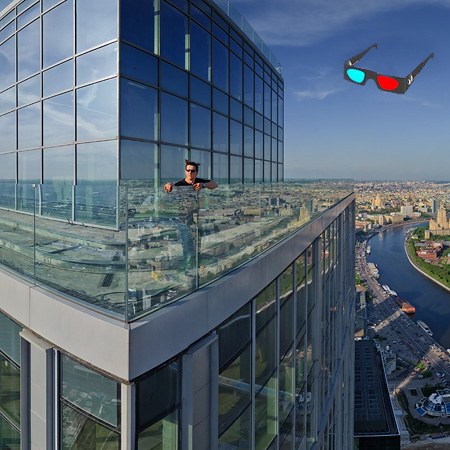 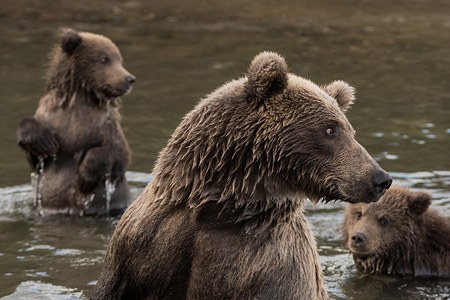 Excellent Team, Excellent Work....!
Go Ahead & Keep it Up.

I opens one mind, what strange creatures we all are,like wind and in a instants water. Gone in an instants.but wonders all around us . I really enjoy this

Amaizing punctures !! But even more impressive how everything done on the ground!! Lighting and everything else!! Great job , Russia !!! Maybe it's not all bad there like some talking!! Thank you!! You are great artist!

it's very nice.i'm pleased to visit such a pefect website.these views are glamorous.

very very nice.i am moslem and love the mosque in kazan named golsharif.thank you for all of your favours.

No words to explain.Beyond Beauty.

Beautiful city-Beautiful job/work. Today is July 13th & I have not heard in our news media anything of the sporting events. I also would mention the new & revised control features. "I like"!


Thank you, Ed! May be control buttons will be modified in the future again. It's nice that you are paying attention to small details.

It was awesome. It looks fabulous. Thanks for your great work.


Thank you, Aliakbar! We'll be glad to see your comments again.

Amazing Work, Thanks to Airpano team!!!

This is amazing. I would definitely visit this city. a breath taking view. Wow.